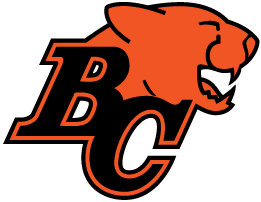 Since when is “streaking” a crime?

Today it was announced the “streaker” that ran onto the field in his tighty whities and a jersey at last weekend’s BC Lions game only to be pummelled to the ground by defensive back Marcell Young is now seeking legal counsel (the video has gone viral, all it takes it a simple ‘BC Lions hit’ search in Google to find it)

From what I understand the man is either looking to sue Young or the BC Lions team claiming he suffered a brain injury from the heavy hit. I say, good on him. First of all this guy wasn’t harming anybody. How many times have you been at a sporting event or a concert where a boozed-up clown decides to strip and make a run for it? It’s all just for fun. It may not be the prettiest sight but most of the time there aren’t any evil intentions behind it. And let’s not forget the guy wasn’t even naked!

Second of all, in our culture that’s all about promoting anti-bullying this was a bullyish move. The second Young hit the 20-something he was met with high fives from a bunch of his teammates. So all of a sudden it’s cool to side swipe a kid almost half your age simply because he was “on your turf”? If this was an attempt by Young to look cool in front of the crowd and online, the better thing would’ve been to start dancing, high five, or take a selfie with the guy. It isn’t a secret  the BC Lions could use some help in the marketing department as their games aren’t exactly the hottest Saturday night ticket. Taking out a fan isn’t the way to do it!