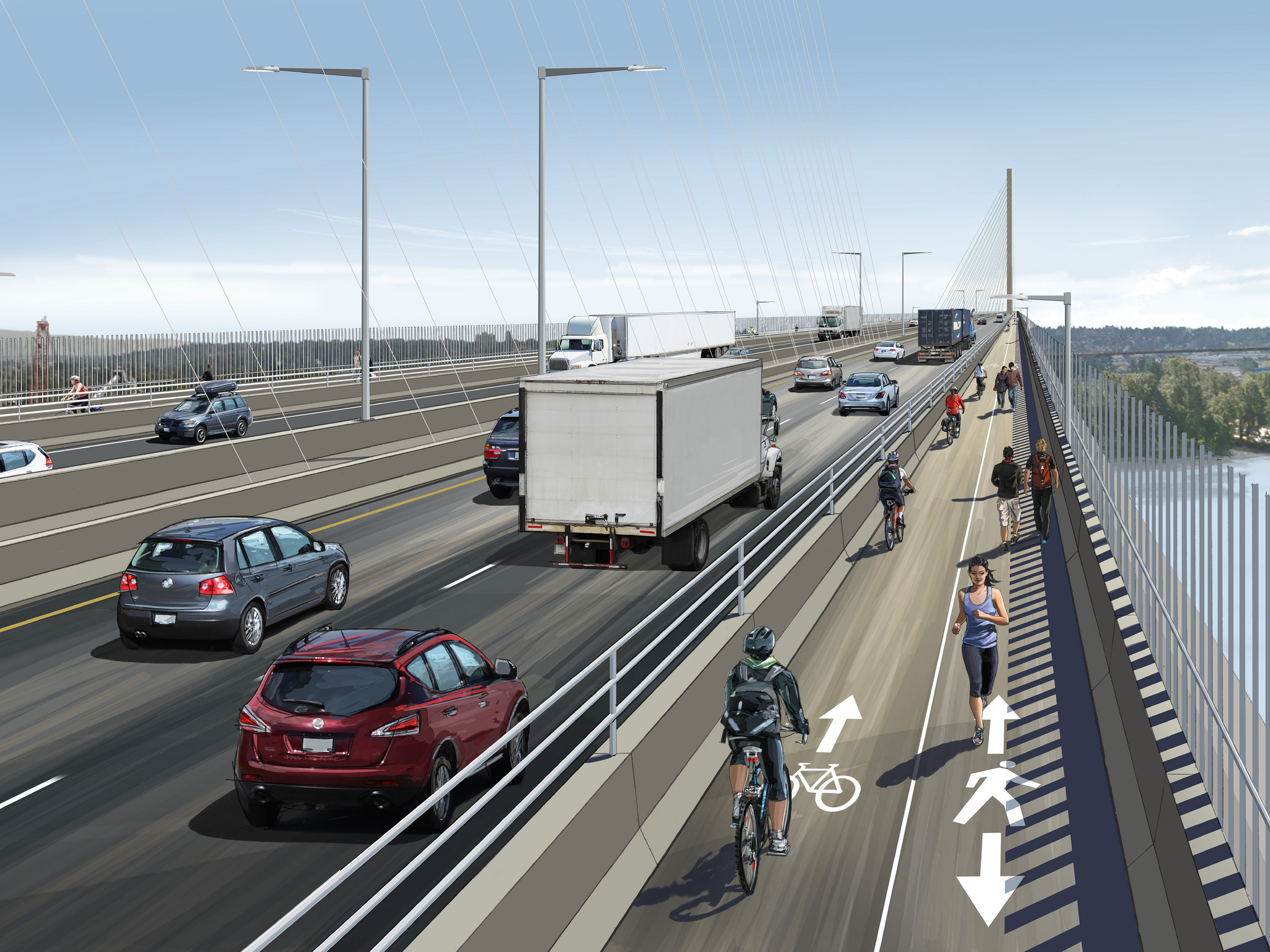 By Vanessa YbarraJanuary 8, 2020News
No Comments

Now that the BC Government has selected a partnership of construction companies, Acciona and Aecon, to build the replacement for the aging Pattullo Bridge between Surrey and New Westminster, the Surrey Board of Trade is continuing their urgent ask to the BC Government to reconsider building a 4-lane Pattullo Bridge and build a 6-lane bridge to prepare for future population growth.

“By 2050, an additional 1.3 million people are expected to move into the Metro Vancouver region. We must build transportation infrastructure for future population growth,” said Anita Huberman, CEO, Surrey Board of Trade.

The re-build of the Pattullo Bridge by the BC Government for an estimated construction cost of $1.377 billion to replace the aging Pattullo Bridge has been a long-awaited infrastructure ask by the Surrey Board of Trade.

When businesses are not impeded by constant upgrades, repaving, and traffic congestion, they can grow.

“The Surrey Board of Trade will continue to support the Ministry of Transportation and Infrastructure in ensuring that the construction of a new bridge aligns with the needs of businesses and provides an avenue to grow the city’s economy.”