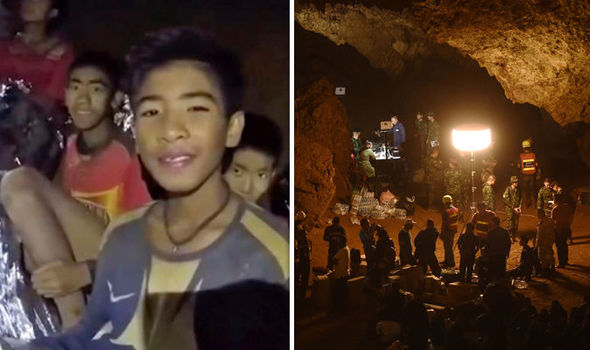 News that all 12 boys and their soccer coach were rescued after being stuck more than two weeks in a flooded cave in Northern Thailand was news the world needed to hear.

I don’t know about you, but lately it seems there’s been a lot of negative news. I know, ‘negative’ and ‘news’ in the same sentence, big shocker right? Still, the headlines have just felt heavier. There were the two brazen shootings in Surrey last month, Trump literally putting migrant children in cages, Anthony Bourdain’s suicide. We as people were starved for a dose of some of kind of positivity, at least the people around my dinner table. Thanks to a team of heroic divers that dose of positivity was handed out ten fold when news broke that all of the boys made it out of the cave alive.

Two of the boys have lung infections and the whole team remains in quarantine as a precaution but still, everyone is safe. I hate to admit when I reported on Pulse Mornings last Friday that one of a divers had died after running out of oxygen in the cave and that another monsoon was headed for the area,  I had a sinking feeling the rescue would end up being a recovery mission.

Yesterday was a reminder that some stories do have a happy ending.