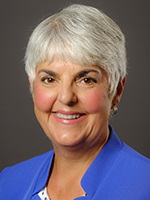 Well-heeled and pop drinkers hit in this year’s budget

Both the affluent and the effervescent will be hit with tax in the B.C. Budget delivered Tuesday afternoon.

In what was touted as a “stay-the-course” budget, Finance Minister Carole James presented a document that raises taxes of those making more than $220,000 per year (from 16.8 per cent to 20.5 per cent).

The province will also end a tax exemption on pop.

“This is a step that has been advocated for by health professionals and an all-party committee, as young people between the ages of 14 and 18 are the top consumers of pop ” James said in a release.

The budget also pointed to an increase in job creation, with an estimated 860,000 jobs opening up in the province over the next decade. More than 75 per cent of those jobs will require some post-secondary education or training.

To that end, the budget also includes a needs-based B.C. Access Grant for students, providing up to $4,000 to help with up-front costs of tuition for more than 40,000 low-and middle-income students.

“B.C.’s future is bright and filled with opportunity. With the new BC Access Grant, we’ll put a college or university education within reach for thousands more British Columbians,” James said. “These grants will make a difference for students, and they’ll help B.C. businesses find the skilled people they need.”

The B.C. Liberal Opposition said the budget James tabled failed to include a viable plan for the economy.

“Once again John Horgan and the NDP have put forward a budget with no economic plan and with the only source of revenue being the pockets of taxpayers,” said BC Liberal Finance Co-Critic MLA Shirley Bond. “They have squandered the opportunity to help people with no focus on growing the economy or delivering on their promises to make life affordable. No $400 annual renters’ rebate, no $10-a-day childcare, and we’re still 98 years away from the NDP fulfilling their affordable housing target.”

Small businesses – including thousands in construction – looking for relief from higher taxes, suffocating red tape and other anti-employer policies enacted by the BC NDP Government over the past three years, got nothing in today’s 2020-21 BC Budget, says the Independent Contractors and Businesses Association (ICBA).

“For job creators and employers, this was a Seinfeld ‘budget about nothing’ – but far less funny,” said Jordan Bateman, ICBA VP-Communications. “Finance Minister Carole James offered absolutely nothing to businesses staggering under the weight of higher taxes, red tape, and anti-employer policies. Small business, the economic engine of B.C., is being left to rust away.”

The Budget, balanced on a razor’s edge but with growing debt, failed to include any meaningful funding for a Massey Tunnel replacement, no tax relief for employers, a tepid re-announcement of some union-focused trades apprentice programs, and no new major capital projects.