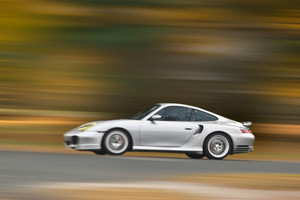 I jokingly refer to Highway 10 between 152nd and 168th as the, ‘Autobahn’ due to the speeds you can see people hit along that stretch of highway. In fact it’s not funny and people could kill with speed along that stretch. That said, for the past week or so I have been re-routing my commute due to construction on 152nd between 36th and 40th avenues. My re-route has me driving north on King George Boulevard from 152nd to Highway 10. This week i’ve been doing something I admit I sometime don’t always do…I set my auto-cruise at the speed-limit of 70kms and hour between the stretch of the 99 overpass and Highway 10. I have learned a valuable lesson about driving in BC this past week –  the speed limit seems just to be a suggestion. Today for instance – after I set the cruise at 70km/hr – not one vehicle stayed behind me. Every single one passed me. Some doing 10-20-30kms over what I was doing. So, I have an idea. Rather than raising insurance rates year after year for drivers who – for the most part – stick to the speed limit, why not just have Surrey RCMP set up daily somewhere on that stretch of road? Without certainty, it would be a steady cash cow for the government and police services. What’s the rush?