We’ve got a bit of an update on the Olivia Wilde, Harry Styles, Jason Sudeikis love triangle MESS.

Harry Styles (27) has been dating Olivia Wilde (36) for a couple months now after they met on the set of her next movie, Don’t Worry Darling. After filming wrapped over the weekend, she was seen bringing a lot of baggage over to Harry’s place in El Lay. It turns out she wasn’t using it to move her stuff in, she was bringing it to his place en route — to the UK, where Harrys mom lives… Is he bringing her home to mom?! Yes and no.. Olivia is also going to see her ex husband and kids

She’s been super busy making her movie, so her 6-year-old son Otis and 4-year-old daughter Daisy have been staying with their dad: Olivia’s former fiancé Jason Sudeikis (45) . He is filming season 2 of his hit show Ted Lasso.. NOW to add to the occasion, he also has his own British “friend” keeping him company.

There were rumours that Jason was heartbroken and didn’t want his engagement to Olivia to END, NOW we are finding out Jason Sudeikis actually has his own girlfriend from the UK named Keeley Hazell (34), she had a guest appearance in horrible bosses 2 so they’ve known each other for along time.. and apparently he named one character in his new show Keely as well after her, apparently things aren’t super serious at this point but he’s trying to find his own young rebound post engagement… In all seriousness though we hope both party’s are happy and their kids are doing well! 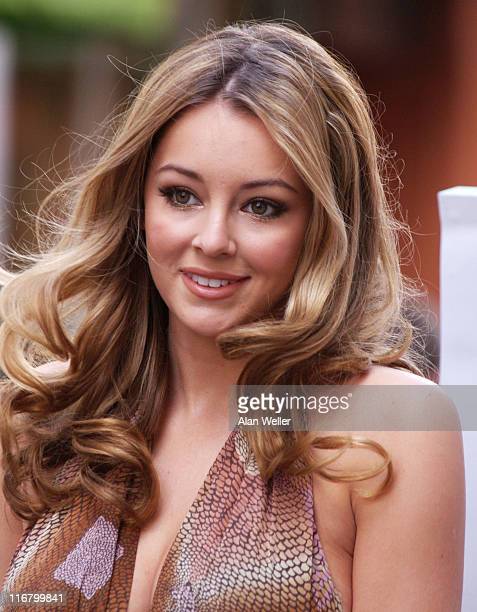 Ted Cruz Flew To Cancun For ONE NIGHT…. “It Was Probably A Mistake” He Says

Sen. Ted Cruz is back in Texas after his quick getaway to Cancun was seemingly shortened by the outrage over his timing — amid the statewide emergency — and now he has police protection.
Officers escorted Cruz as he deplaned in Houston to head to customs. Sounds like he’s in a pretty chipper mood for a guy who pissed off millions of people in a matter of hours.
As we reported … Cancun Cruz and his family boarded a United flight Wednesday night to begin a tropical getaway as millions of his fellow Texans are literally freezing and dying due to the winter storm-induced power outages.His arrival comes on the heels of a NYT report claiming Ted’s wife sent a text to friends just before the family left to Mexico, saying their house was “FREEZING” and revealing plans to stay until Sunday and inviting others along. If the report is true, it’s a much different story than Ted’s statement claiming he was only going to drop his girls off in Cancun.

She explained they “couldn’t stand it anymore” because their house was absolutely freezing — and the only alternative was for all the neighbors to huddle together at one friend’s house … who did have heat.

Meghan Markle and Prince Harry will officially not be returning to their royal roles, Buckingham Palace confirmed in a statement on Friday. The couple — who left full-time royal work in March of last year — will no longer keep their patronages, a.k.a. their royal involvement with numerous U.K. charities. “The Duke and Duchess of Sussex have confirmed to Her Majesty The Queen that they will not be returning as working members of The Royal Family,” the Buckingham Palace statement said. Continued the statement, “Following conversations with The Duke, The Queen has written confirming that in stepping away from the work of The Royal Family it is not possible to continue with the responsibilities and duties that come with a life of public service.”

Further, Prince Harry, 36, will lose his honorary military appointments, which will subsequently be redistributed “among working members of The Royal Family.” Although Prince Harry and Meghan, 39, no longer use their coveted His/Her Highness titles, they will retain them — along with their Duke and Duchess of Sussex titles. “While all are saddened by their decision, The Duke and Duchess remain much loved members of the family,” the Buckingham Palace announcement said.

Ahead of the announcement, palace sources told PEOPLE that the challenge of keeping the royal roles stems from the couple’s commercial relationships with companies like Netflix and Spotify — partnerships that have helped them become financially independent. However, the Queen’s view is that members of the royal family can’t be “half in, half out” — that is, representing the Queen and the U.K. while also pursuing personal financial goals.

A post shared by The Duke and Duchess of Sussex (@sussexroyal)

A post shared by The Duke and Duchess of Sussex (@sussexroyal)

Mr. Big Will Not Be In The Sex And The City Reboot And I Am CONCERNED

Some “Sex and the City” enthusiasts had better get ready for a Big disappointment. Page Six has learned that Chris Noth will not reprise his role as the iconic Mr. Big in the “Sex and the City” reboot. We’re also told that David Eigenberg, who played Miranda Hobbes’ love interest, Steve Brady, won’t be returning either, but a rep said that the actor is in negotiations to appear in the series. Big, of course, was the love interest to Sarah Jessica Parker’s character, Carrie Bradshaw, over the course of the hit show’s six seasons, and the pair were married — after one dashed wedding attempt — in the first movie, from 2008.

In 2010’s sequel, the pair struggled with married life, but by the end, decided to try to make their marriage work. But it looks like he’ll be out of her life once more when the new HBO Max series picks up her story.

The reboot of the hit franchise was in the works as a limited series on HBO Max. In January, Parker confirmed there would be a 10-episode revival called “And Just Like That.” Kim Cattrall, who portrayed libidinous PR maven Samantha Jones, is also not returning after years of soured relations with Parker.

The Weeknd got a  diamond Super Bowl ring commemorating his halftime show in Tampa, and I’m kind of confused..
No, it’s not an “official” ring like the ones the Tampa Bay Bucs will get — this is a one-of-a-kind piece designed by celebrity jeweler, Elliot Eliantte. We’re told the ring was commissioned by Cash — who’s the co-founder of The Weeknd’s record label, XO, given to the singer on his birthday.
The ring contains 16 carats of VVS diamonds — with the words “World Champions” surrounding the Lombardi Trophy.The ring also contains The Weeknd’s name, the score of the game, the date and the Pepsi logo……

I get that the Super Bowl is a huge accomplishment for a singer but like… still not the best halftime show that we’ve seen, give other performers one of these rings!!!

Victoria’s Secret new swimsuit campaign features models of all shapes and sizes and is being applauded for it’s body inclusivity. We are HERE FOR IT