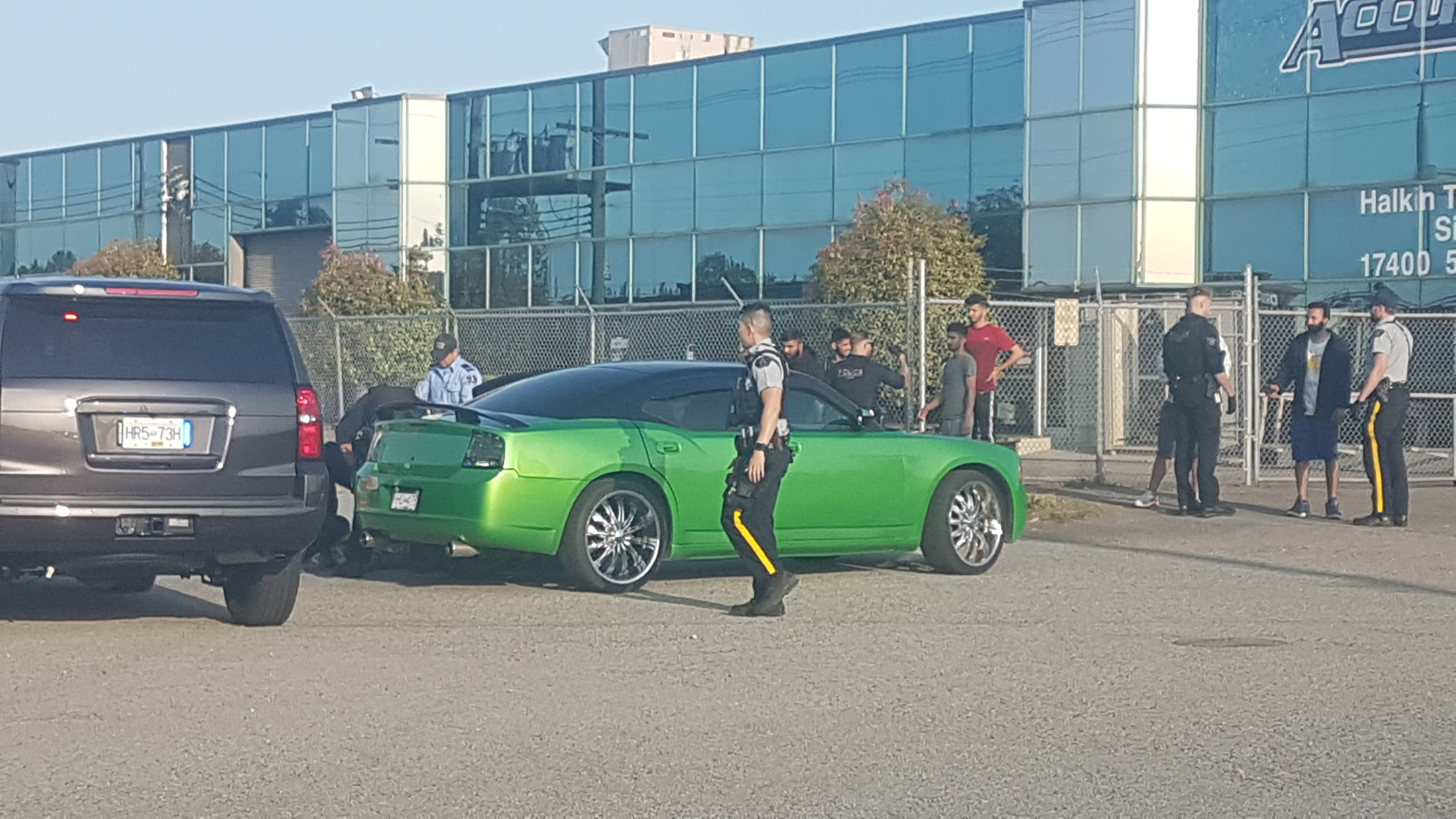 `You could smell the gunpowder’

The smell of fresh gunpowder filled the air as emergency crews worked on a man lying on the ground. Seven police cars, with more arriving, brought an increasing police presence dedicated to clearing the area of onlookers.

A man had been shot and was now lying on the sidewalk outside Accurpress Tooling Systems Inc at 17400 56 Avenue.

About a half a dozen men, possibly friends or Good Samaritans, stood nearby as paramedics tended to him.

Pulse FM’s Vanessa Ybarra was on scene at about 7 p.m. Friday (July 19), and remembers the heavy scent of gunpowder, along with a sense of urgency in the arriving police officers.

Ybarra says the sense of immediacy at the scene seemed to signal that something serious had just happened.

She saw a man lying on the ground being resuscitated by emergency response teams.

After initial treatment, the victim was taken to hospital where he is expected to make a full recovery.

At about the same time, police were called to a report of shots fired in the Mud Bay area off of Colebrook Road in Surrey. Police confirmed shots had been fired in the area..

About 15 minutes after the call to Mud Bay, Langley RCMP responded to a call from Langley Memorial Hospital where another man arrived with gunshot wounds.

Police determined man in Langley was shot at the Mud Bay location.

“The investigation is still in its early stages and investigators are reviewing all available details to determine exactly what happened and what lead up to these events,” police said in a release Saturday. “It is too early to say if these events have any links to any other ongoing events in the Lower Mainland. “

Mud Bay Park and a section of Colebrook Road will be closed  for an unknown period of time while police continue the investigation.

Anyone with further information who has not already spoken to police is asked to contact Surrey RCMP at 604-599-0502 or, if they wish to remain anonymous, Crime Stoppers at 1-800-222-8477 or www.solvecrime.ca.