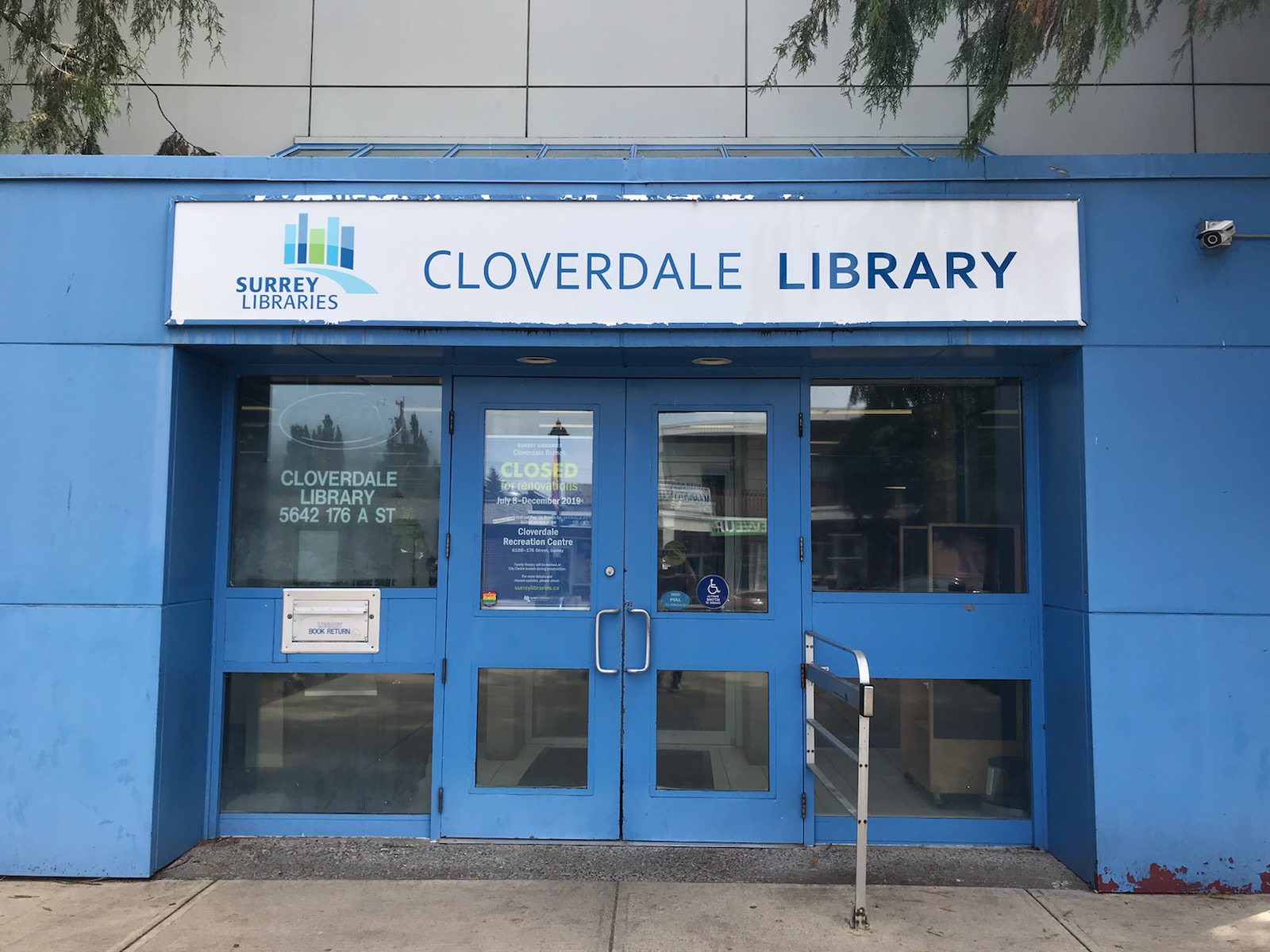 An Inside Look at Cloverdale Library Renovations

By Vanessa YbarraJuly 10, 2019Community
No Comments

If you live in Cloverdale, you’ve likely noticed the library looking a little different these days.

The town’s iconic blue-doored building closed its doors earlier this week and will be shut down until the end of the year for a major renovation overhaul.

“One of the major changes is the central staircase is being taken out,” said Tanya Thiessen, Branch Manager with Surrey Libraries in an interview with Pulse FM. “A big thing we heard from the community is they want a larger, quiet study space. When we looked at the redesign of the building, taking out the center staircase to allow for more space in the library and then being able to have that wall closed in will allow for the second level to have a more quiet study space.”

Another big change to the building, that was built in 1970 and used as a courthouse before being repurposed into a library in 1988, is improving the strength of the second floor.

“It had some renovations at that time, but that was quite a while ago,” said Thiessen laughing. “At the time, the building wasn’t reinforced, they didn’t have quite as many collections as we do now, so we need to strengthen the second floor.”

Thiessen is hopeful they’ll re-open by the end of the year but the library isn’t giving an exact date just yet.

But some good news, services are still available!

The well-used Family History Department has relocated to the City Centre Library and you can still drop off books at the Cloverdale branch until this Friday, July 12th.

After that, a ‘pop up library’ will be available at the Cloverdale Recreation Centre five minutes away at 6188 176 Street.

Listen to the full interview with Tanya Thiessen below.