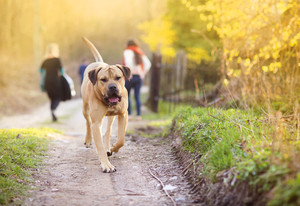 Veteraniarians are reporting since the legaization of marijuana in this country, a spike in pets – speciafically dogs – is happening due to, ‘THC Toxiciity’. They’re saying dogs are naturally curious and like to sniff and will ingest anything they think could be food. Leaving pot on a table or out in the home or even tossing a discarded joint can cause a dog to ingest and almost immediatley go into toxic shock.

Seniors who have been walking their dogs along the same trials and routes are reporting sick dogs on an ever growing number so say vets. According to the CBC, ‘The American Society for the Prevention of Cruelty of Animals runs a poison control hotline in the U.S. and has reported a 756 per cent increase in calls related to marijuana or cannabis over the course of the last 10 years’.

If you own a dog you’re being asked to be vigilant and should your dog injest marijuana and starts showing symptoms of toxic shock see a veteranarian immediately.

Dogs don’t enjoy the same buzz some of us do.

Marijuana is poisoness to them and can kill.