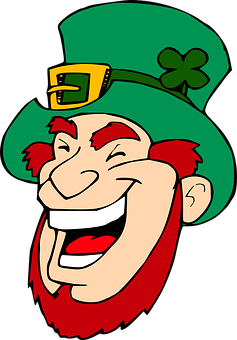 I’ve always been a fan of a good bumper sticker.

And although very few take the time to sport one with the exception of the high end vehicle drivers who stick that green and white ‘N’ on the back of their cars just to make sure we get extra angry when they ignore speed limits.

Saw a rather amusing bumper sticker written in Irish dialog while driving into work today.

I can’t tell you what the first word was because it’s still technically English and I’d like to technically remain being your host of The Ride here on Pulse FM.

Second word was spelled, ‘Eejit’ which when translated to the Irish vernacular, is the word, ‘Idiot.’

Thought to myself someone who is willing to put that one their car calling others a, ‘…Eejit’ is all right as far as I’m concerned.

It was at that moment the driver of the vehicle opened the widow and flicked a lit cigarette butt out and drove on.

And that when I realized she was referring – not to me or other drivers – but to herself.

We are not in the hottest season but when everyone seems to be talking about climate change and 16 years old’s are screaming at politicians that we’re running out of time, how is polluting helping?

And where do those cigarette butts end up?

That’s right, out of sit and out of mind.

But for how long?