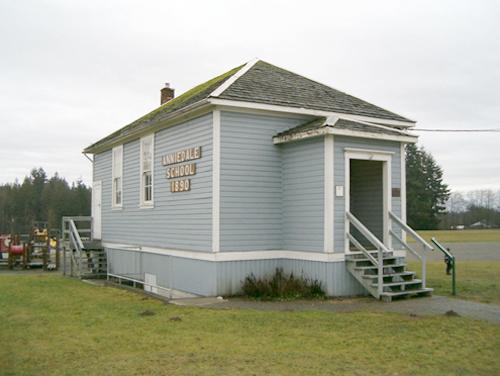 Heritage Buildings to Receive Close to a Million Dollar Restoration

By Vanessa YbarraJuly 9, 2019Community
No Comments

Two of Surrey’s oldest buildings are set to receive a fresh makeover and open to the public!

Last year the Anniedale School and 1881 Town Hall were moved beside the Museum of Surrey with plans for restoration.

At 128 years old, the Old Anniedale School has historic value as one of the earliest schools in Surrey. It opened in 1891 with thirteen pupils and, until it closed in 1954, it played a vital role in the life of the community’s children, and was located at 96th Avenue and 184th Street.

1881 Town Hall was Surrey’s first town hall built in 1881. It was originally located across from Christ Church in Cloverdale and was operational until 1912.

City Council recently awarded a three quarters of a million restoration budget, with plans for restoring both landmarks next to the Museum of Surrey this January.

The plan is to beautify the school and use it for school programming where kids can come inside and experience what it was like to learn in an early 1990s, one-room class.

The Hall will be rented out by the community for meetings and activities.

Click here to learn about more heritage sites in Surrey.