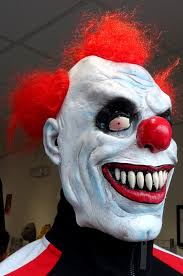 In a release it read, (in part) ‘While I am disheartened by the latest crime statistics released today, it does not come as a surprise to me. Over the last year, I have spoken to many members of our community. From residents to business owners, the one message that I have constantly heard is that people continue to feel unsafe in our city. Unfortunately, the third quarter crime statistics backs up what the people of Surrey have been telling me. ‘

He also mentioned he believed the Surrey RCMP are doing the best they can but claims he’s heard from citizens who believe Surrey would better benefit from a municipal force.

If you are one of these people can you call me?

I’d like to know if you exist because everyone I speak with say the same thing. They say it’s going to cost us too much money, and a municipal force will be smaller than the current RCMP force.

As far as the crime numbers go the RCMP say these numbers are, ‘in line’ with crime stats for all regions south of the Fraser.

What we have is a mayor with a personal agenda that he is trying to shove down our throats whether we like it or not, and a municipal force is just one of many things this mayor is using his position to influence our future.

And frankly, it sucks.

Two more examples of a mayor who is completely out to lunch:

If we want to continue living in the past we have selected the perfect mayor to make sure that happens.