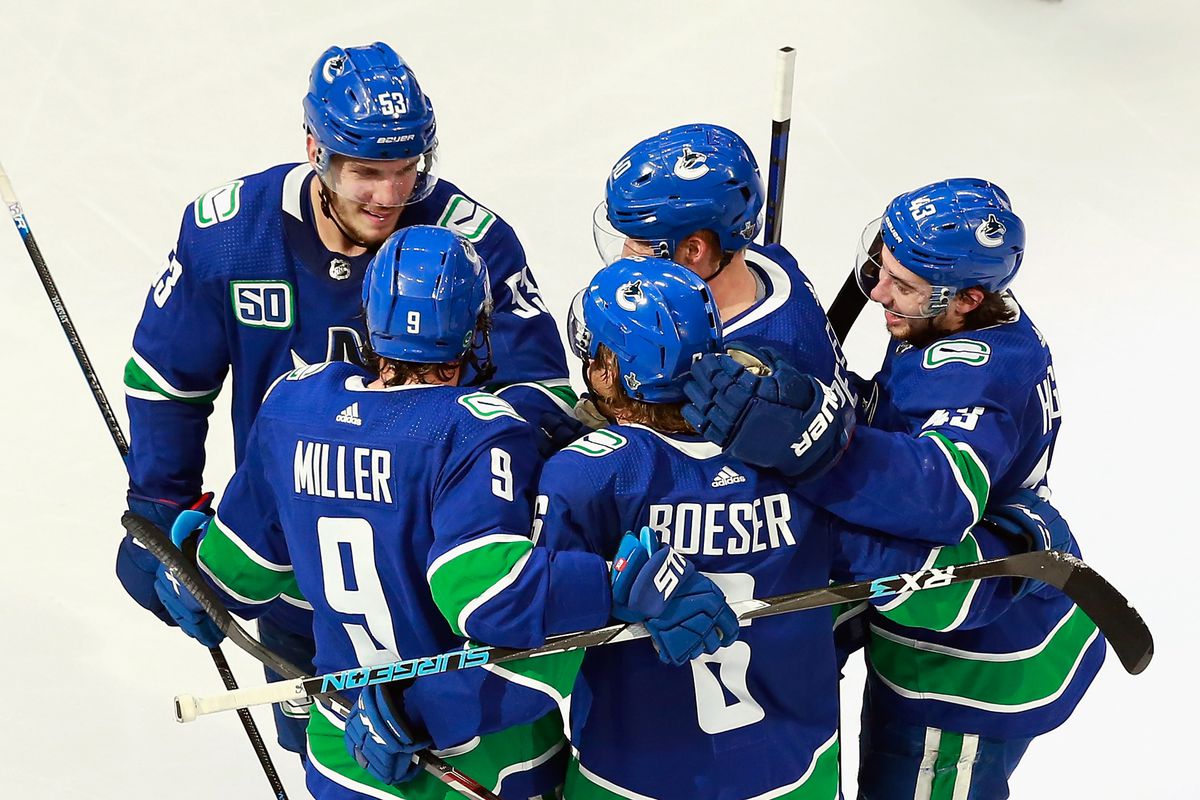 Provincial health officer Dr. Bonnie Henry says she
supports police who gave out fines over the weekend in Victoria
Richmond and Surrey for violations of COVID-19 public health guidelines.
Health Minister Adrian Dix says the province is also not considering
increasing limits on gathering numbers, despite pleas from banquet
operators.

Canucks fans got loud last night but managed to avoid COVID-19 related fines after
over 450 people gathered back to Scott Rd after the big Canucks win in game 2 against
the Vegas golden nights beating them 5 -2. Police said the crowd was spaced
out better than previously and more people appeared to be wearing masks.
No COVID related tickets were issued. However, five traffic violation tickets were –
police will continue to observe that area after every Canucks playoff game so continue
to follow guidelines and keep it safe.

Back-to-school plans have been posted online for all
60 districts in British Columbia with an aim to offer all
instruction in classrooms. However, deputy education minister Scott
MacDonald says in-class and remote learning will be offered
depending on certain factors including the size of buildings and bus
schedules. Surrey School district has decided to
minimize contacts between learning groups, they are accommodating grade 10-12 students every day in the morning and one day a week in the afternoon, while students in K-9 will have full-time access to the classroom. In Surrey’s plan, every secondary student will be in attendance every day.
If you want to see the full Surrey School District
Return to School Plan for 2020-2021 we’ve also posted it on our website Pulsefm.ca

Although there is already major controversy over this plan.. a White Rock dad has already filed a suit against health, education ministries over back-to-school COVID plan.
Bernard Trest said today that the B.C. Supreme Court claim was filed on behalf of himself in Chilliwack this morning and that the legal action shouldn’t come as a surprise to the leaders of B.C.’s health and education ministries.quoting “There’s no way you can introduce a plan this ridiculous and this dangerous and not know that someone is going to file a lawsuit against you and try to stop it.“There’s not a single one individual that’s said this plan is a good idea. Even (Prime Minister) Justin Trudeau… he’s questioning whether he’s going to send his kids to school.”Health ministry officials were not immediately able to respond to a request for comment; Education Minister Rob Fleming, during a media briefing this afternoon, said he was not aware” of the lawsuit.

Sports are back on our screens but maybe not for long.. The NBA has postponed all three of
today’s playoff games. The announcement comes after the Milwaukee
Bucks did not leave their locker room for Game 5 of their series
with Orlando. The Bucks’ decision to protest comes in the wake of
the police shooting of Jacob Blake last weekend in Kenosha, Wisconsin. Coach of the Toronto raptors nick nurse has also spoken out saying there is a good chance the team will not be playing their game tomorrow quoting “Players want to help; they want to solve the problem … there is plenty of attention to the issue, but they want action. A boycott is part of that. Their disappointment is how they can get something to change, now”

Donations are pouring in to help the family of a five-year-old boy who died after a tree fell on him in Chilliwack.
Last week, an outdoor camp group was hiking along the Kingfisher Trail when the tree fell on them.
Over the weekend, a GoFundMe page was set up to raise money but donations will not be going directly to the family.
Instead, the money will be possibly be used to create a bursary or scholarship in the boy name.
Over $20,000 has been raised.
The Fraser Health Authority has declared a new COVID-19 outbreak at Langley Memorial Hospital.
a patient who was discharged later tested positive for the illness and it’s not clear if anyone who came in contact with him at the hospital may have been exposed.
That outbreak follows another in the Fraser Health region at Bear Creek Villa, a senior living community in Surrey.
B-C Ferries is also reporting that an employee tested positive for COVID-19 and says contract tracing is under way to notify anyone
who may have come in contact with the worker.
Share Tweet Share Pin