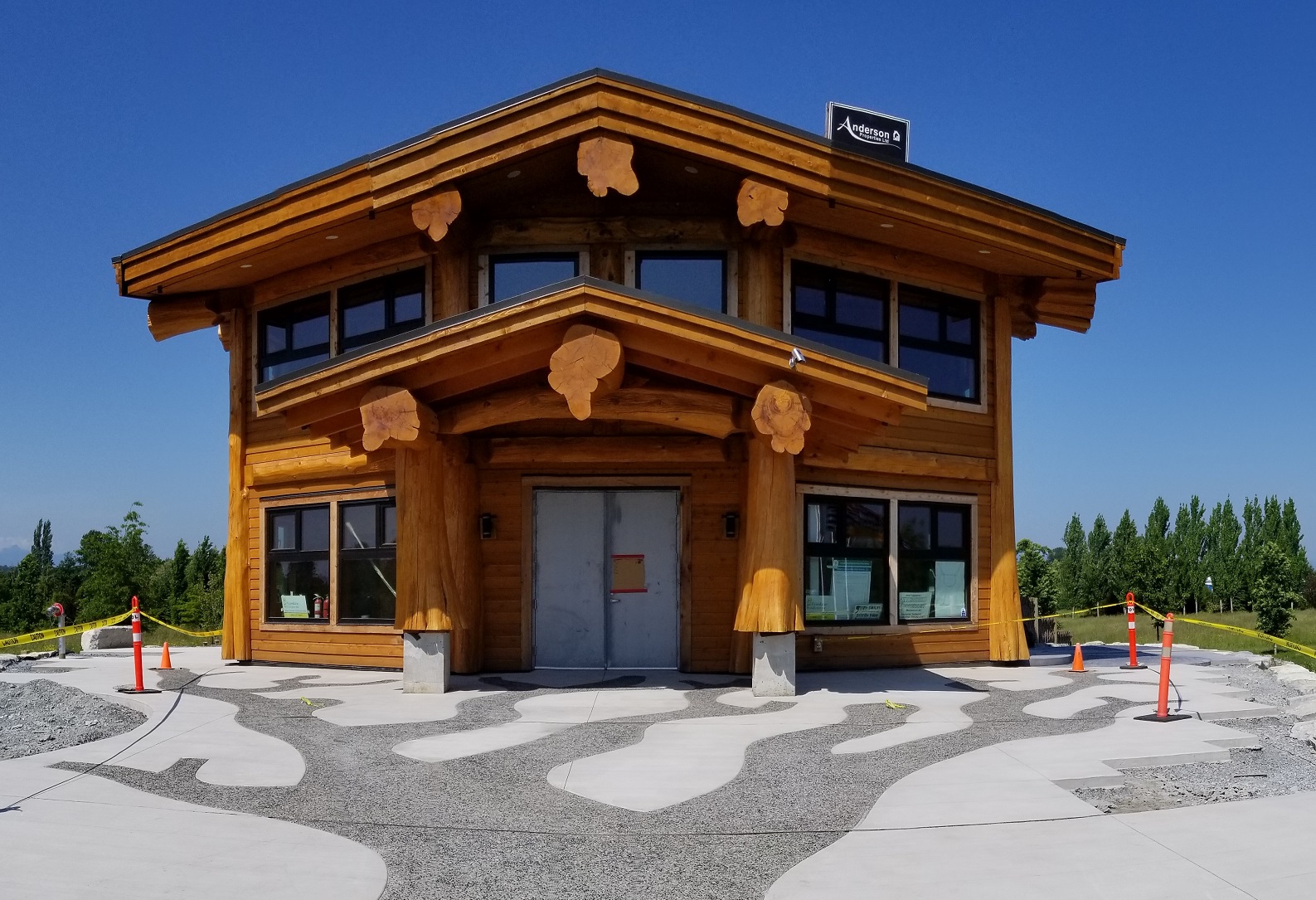 By Vanessa YbarraJune 11, 2019Community
No Comments

An impressive-looking building that has been steadily taking shape along Fraser Highway is ready to open this month to serve a number of even more impressive functions.

The new Rotary Interpretive Centre in the Derek Doubleday Arboretum will be officially opened at 12:00pm on Saturday, June 22, at 21177 Fraser Highway. The public is invited to attend the ceremony and tour the building. Visitors can park at St. Andrew’s Anglican Church, 20955 Old Yale Road, and shuttle service will be provided.

“One of the primary functions of the park is to educate people about the vast array of cultural and environmental uses for plants,” he said. “The Arboretum’s new Rotary Interpretive Centre will serve as a focal point for these activities, while celebrating the beauty and versatility of wood as a building material and demonstrating sustainable design.”

The facility will also serve visitors to the Arboretum and the general public with restrooms, bookable meeting space, and a kitchenette.

The project, which was started in August of 2017, was made possible thanks to an outstanding commitment from the Rotary Club of Langley, which raised and contributed $250,000 for the centre’s design and construction. It was the largest donation the Club has ever made in Langley and was done to celebrate the 60th anniversary of the chartering of Langley’s first Rotary club in 1958.

The funding was matched and topped up by the Township of Langley, and, to complete the project within its modest budget, the Rotary Club of Langley sought donations of labour and construction materials including windows, wall framing, plumbing, construction fencing, discounted lumber, an electric fireplace, and portions of the site work.

“This was an exciting partnership and the Township is extremely appreciative of the huge effort the Rotary Club of Langley put into this project,” Neufeld said, noting that the facility will be well used in the years ahead. “Derek Doubleday Arboretum has experienced a rapid increase in patronage over the past few years, with the addition of walking trails and demonstration gardens. Rivers Day, the Township’s annual environmental education event, which is hosted in the park, attracted 3,500 people last year.”

The new two-storey, one hundred square meter footprint building – which can be seen from the 21200 block of Fraser Highway – features a distinct unmilled log-post and beam design with cedar siding and a green roof. It will house desk space for the Arboretum & Botanical Society of Langley and other volunteer organizations that will operate programs in the park or contribute to its maintenance. The building will also feature a series of interpretive panels and interactive displays to educate visitors on the natural environment and sustainable initiatives. The entrance plaza was designed and constructed with seating and stunning views of Derek Doubleday Arboretum.

As an interpretive centre, the building is intended to demonstrate aspects of sustainability, and the public can learn about the possibilities of domestic solar power when solar panels are installed on the south facing sections of the roof in the future.

The Masterplan for the Derek Doubleday Arboretum was adopted by Council in 2010 and included a feature building to act as a welcome centre and interpretive centre for the park.

Since 2006, the Rotary Club of Langley has assisted with several other projects at the Derek Doubleday Arboretum, including the Literary Circle, the deck around the Walk to Remember commemorative structure, two viewing decks along Fraser Creek, benches, landscape plantings, and rain gardens.