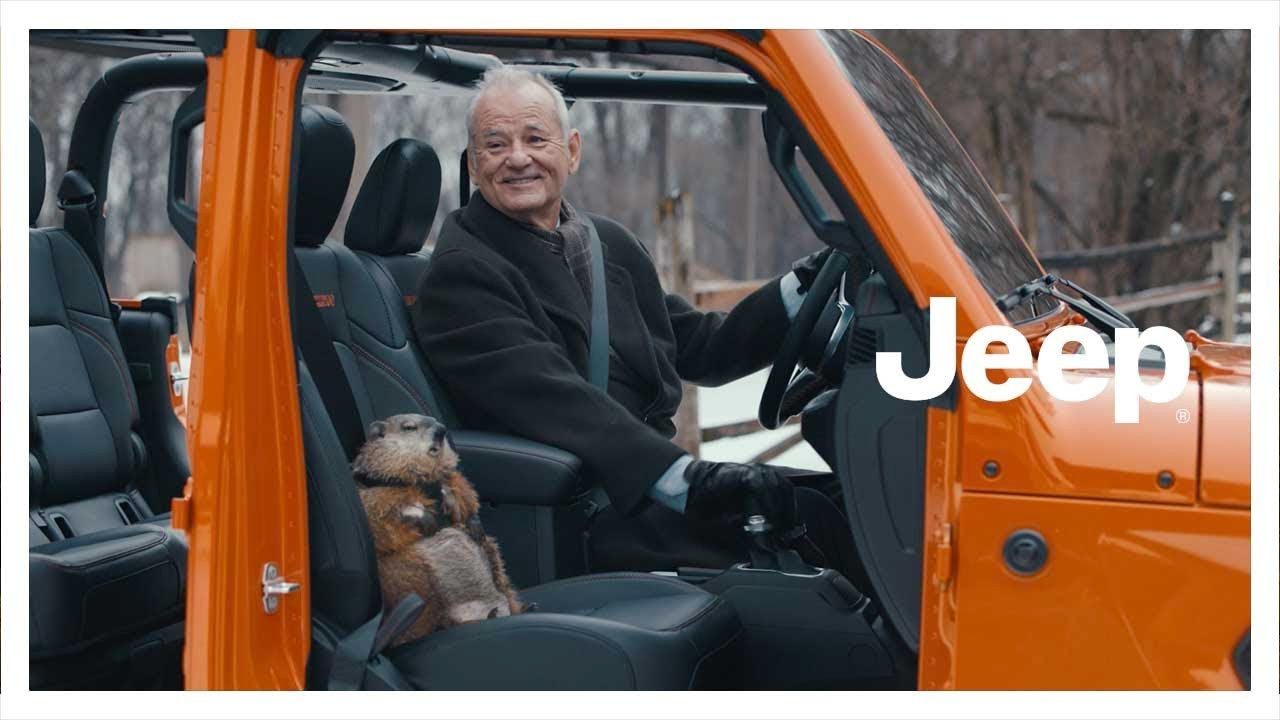 By Vanessa YbarraFebruary 3, 2020Community
No Comments

BIT #3 – There were some pretty funny commercials shown in yesterdays Superbowl!

The one getting the biggest hype is Bill Murray reliving his Groundhog Day role. In the commercial. It starts off with him waking up to the same day over and over just like in the 1993 movie. Then, suddenly one day he looks over and sees a new 2020 Jeep Gladiator parked on the side of the road. So excited, he grabs Punxsutawney Phil and the two of them go for a rip in the jeep day after day, doing doughnuts in parking lots and pretty much living their best life ever. So. Good.

Sam Elliot’s epic moustache made a cameo in a Doritos commercial for their cool ranch chips.  In the commercial he does a full-out dance-off against another cowboy to see who walks away with the bag of chips. As usual, his stache steals the show and there’s some pretty solid laughs.

Lastly, Jason Momoa‘s commercial for a mortgage company poked fun at his ripped physique. It starts with him coming home, telling the camera how home is the one place he can truly be himself. He then out of nowhere rips off his biceps, exposing these pale, skinny arms underneath. But that’s not all! He then rips off his six pack abs and well….the man pretty much looks like Nicole Ritchie. I KNEW there was no way he could be that ripped! What the commercial has to do with mortgages I have no idea, but, points to Momoa for making himself the butte of the joke.

Ahhh the Superbowl Commercials…the one day a year commercials are ACTUALLY entertaining!