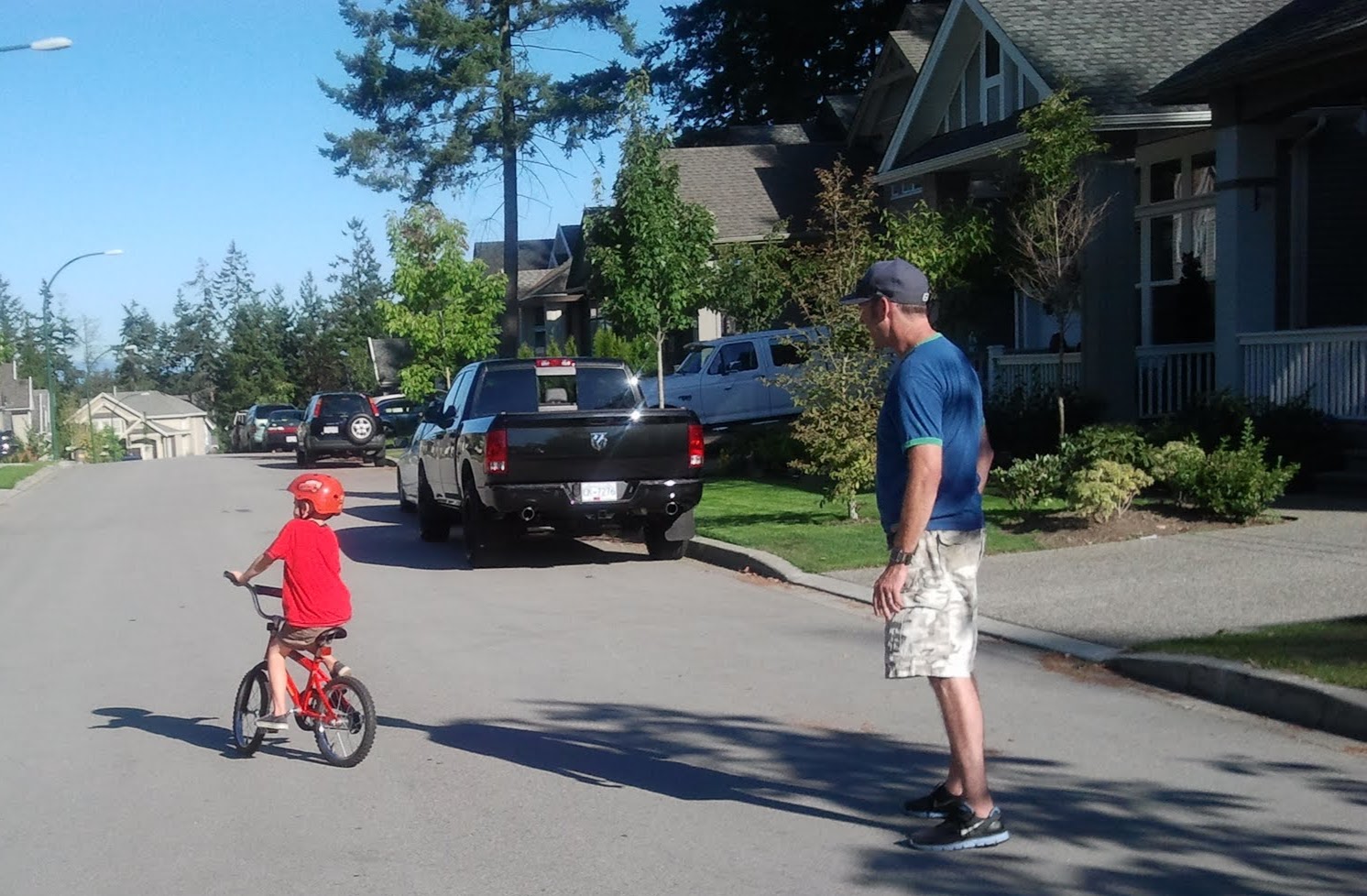 I learned to bike on my own.  My dad held on to the back of the seat for a while and then I had to just master it myself on my Canadian Tire Supercycle.  I just kept trying and then one day it kicked in.  Same with my eldest son, we all took turns hanging on to the back of the bike and sending him on his way.

My middle son had zero interest in riding a bike.  He just didn’t want to bother.

After a while he started on a scooter and that became his mode of transportation.

Many kids today seem more scared than we were.  It didn’t seem like an option when we were younger to choose NOT to ride a bike!

Some parents just can’t stand the emotional torment and send their kids off to a camp or lessons where they can learn to ride a bike.  To be honest, I was pretty judgey at first of this method, but whatever works.  Just like my dad sent me to driving school because he could not deal with teaching me to drive… here we are today with kids on their bikes.

When my youngest was about six and she saw the 5 year old neighbour riding her bike around, she decided she was going to learn, and just like that she was riding with very little help!  Funny enough… my middle then decided that HE would like to ride a bike as well and picked up the bike skill at 10 years old.

Whether your child rides a bike or not… it really doesn’t matter.  They can scooter around town, ride a skateboard, or just choose to opt out all together.  But if they really want to ride and teaching them is a challenge, don’t be shy to call a professional!  My parenting philosophy: whatever works and doesn’t hurt anyone.