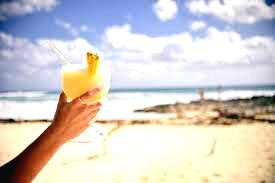 Today’s Flashback Shows the Dark Side of Pina Coladas

After you hear Rupert Holmes’s ‘Escape (The Piña Colada Song)’ it makes you want to go on Tinder to see if you would instantly match up with your spouse (Ha, joking). But, its satirical lyrics will definitely make you giggle.

Long story short, in the song the man sings about being tired of his relationship so he takes to the classifieds section of the newspaper where he finds this ad of a woman looking for a likeminded man to fall in love with.

He eagerly responds, they meet and the woman ends up being ‘his own lady’ as he calls her in the song that he THOUGHT he was tired of.

Not to worry, the 1969 hit has a happy ending, the couple making up (perhaps by making love at midnight?) and realizing they do actually love each other.

However, did you know this situation happened in real life to a couple in Jordan, that ended with a nasty divorce?

To this day, the lyrics of the song are so intriguing that even serious investigative journalists like James Ball from The Guardian have done research on how likely it would be to have a similar husband-wife run-in scenario.

I say who cares James, let us enjoy the pina coladas!

Random fact, ‘Escape’ (The Piña Colada Song) topped the US Billboard chart when it came out in 1979 and stayed at the top until the end of January 1980, which makes it the only single that has held #1 position throughout two decades.

And the songs most famous long was almost never created at all!

In an interview Rupert Holmes explained ‘If you like piña coladas,’ was invented about five minutes before I started actually singing (the song), and the vocal you hear is the first time I ever sang the song, and that became the vocal on the record.”

If you ask me, this song has it all: nice catchy tunes, fun character, and of course a happy ending. No wonder it has been featured in so many movies and TV shows, the most recent being the soundtrack to The Guardians of the Galaxy in 2014.