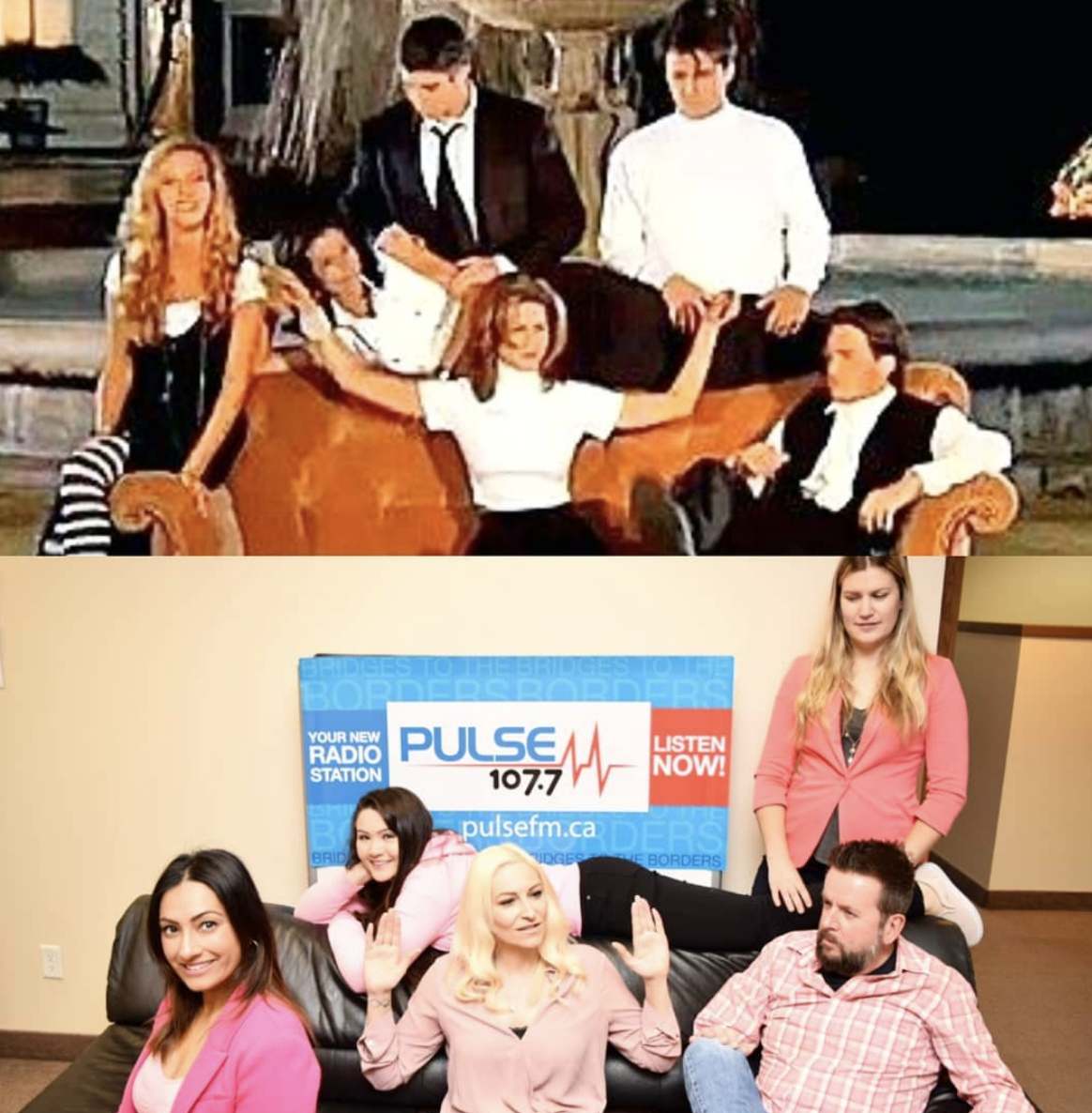 “I’ll be there for you, when the rain starts to fall!”

By Vanessa YbarraFebruary 27, 2019Community
No Comments

Pink Shirt Day is a day to take a stand against bullying and promote the importance of being kind and supportive of one another.

Could there BE a better example of this than the TV show Friends?!

Think about it…Joey stopped eating meat when Phoebe was pregnant and craving it to balance out the cows, Monica meticulously taught Chandler about all the erogenous zones (start out with a one, a one two, a one two three..seven, seven, seven!)

and Chandler literally paid for all of Joey’s rent, bills, grocery bill, dating costs so he could keep being a struggling actor. #Friendshipgoals

Friends don’t let friends pick on others (ok the one where Monica and Rachel roast each other on a double-date with George Clooney and Noah Wyle may be an exception…”Ha ha ha…I’m so spoiled!”)

At Pulse FM, we like to think we’re just as good as friends (even though the chances of Neil ditching meat for Leah are slim to none) and that together we can make a difference.

Read up what our friends (Jen, Neil, Leah and Vanessa) at Pulse FM were thinking about on Pink Shirt Day, and follow your favourite Pulse FM personalities on Instagram and Twitter!